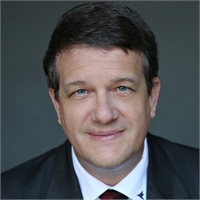 Kevin Walda, LMWA’s Chief Compliance Officer, has a background in science and family law. It was while managing the Analytical Facility at The Scripps Institution of Oceanography that Kevin developed a passion for teaching, not just the How of what people were doing, but the Why of the underlying principles involved. Kevin is committed to using LMWA's financial planning programs to teach clients both the How’s and the Why’s of holistic wealth management.

In 2009, Kevin passed his Series 65 exam and joined the LMWA team to help educate clients and guide them through strategic planning and implementation. To better serve families, Kevin offers the estate planning offerings of his legal practice.

Previously, Kevin worked as a Post-Doctoral Researcher at The Scripps Institution of Oceanography and as a lecturer in the Department of Chemistry at the University of California, San Diego. He then took over management of the Analytical Facility at The Scripps Institution of Oceanography. Over the next several years Kevin aggressively acquired funds to grow the facility, which led to its modernization and resulted in capabilities that were unrivaled in academic circles. In January of 2004, Kevin returned to school and completed his Juris Doctorate in two years at the California Western School of Law. While there, Kevin interned at Pfizer in La Jolla, assisting with patent prosecution and business analysis. After passing the California Bar, Kevin began practicing law in a family office. As time went on, he realized that his field places too much emphasis placed on “fixing” clients’ problems and not enough on teaching them on how to avoid problems.

Kevin Walda completed his Ph.D. in Chemistry at the University of California, San Diego in 1992. In 2006, he earned a J.D. from California Western School of Law, after which he passed the February 2006 California State Bar examination.

Kevin lives in San Diego with Aya, a nurse.